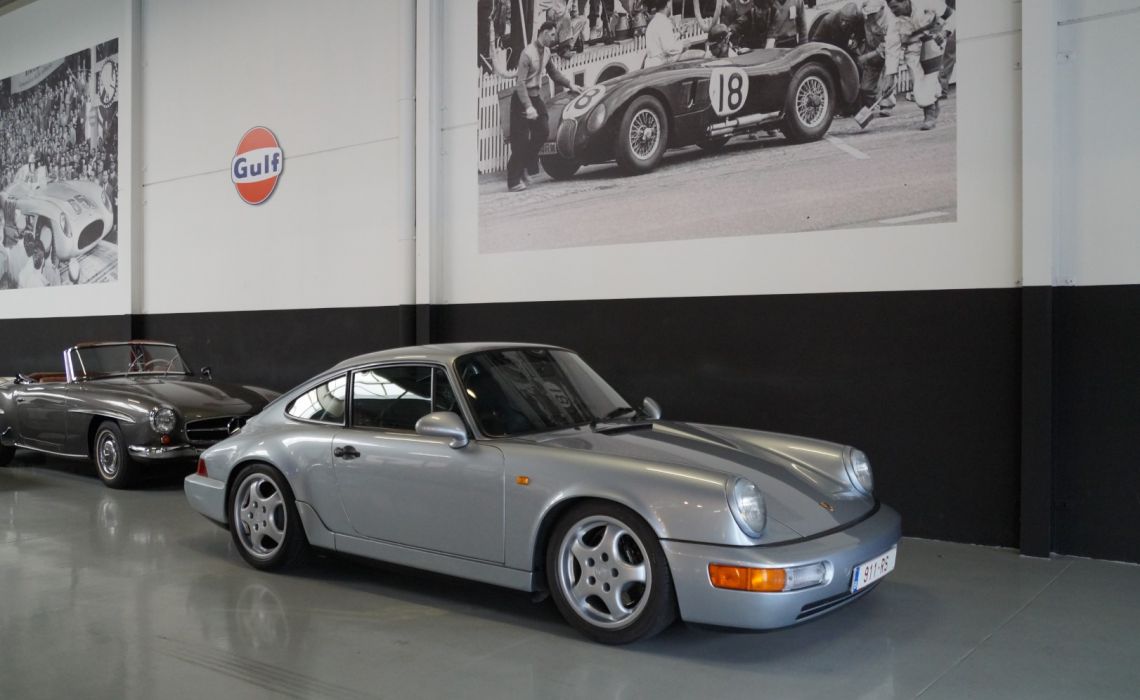 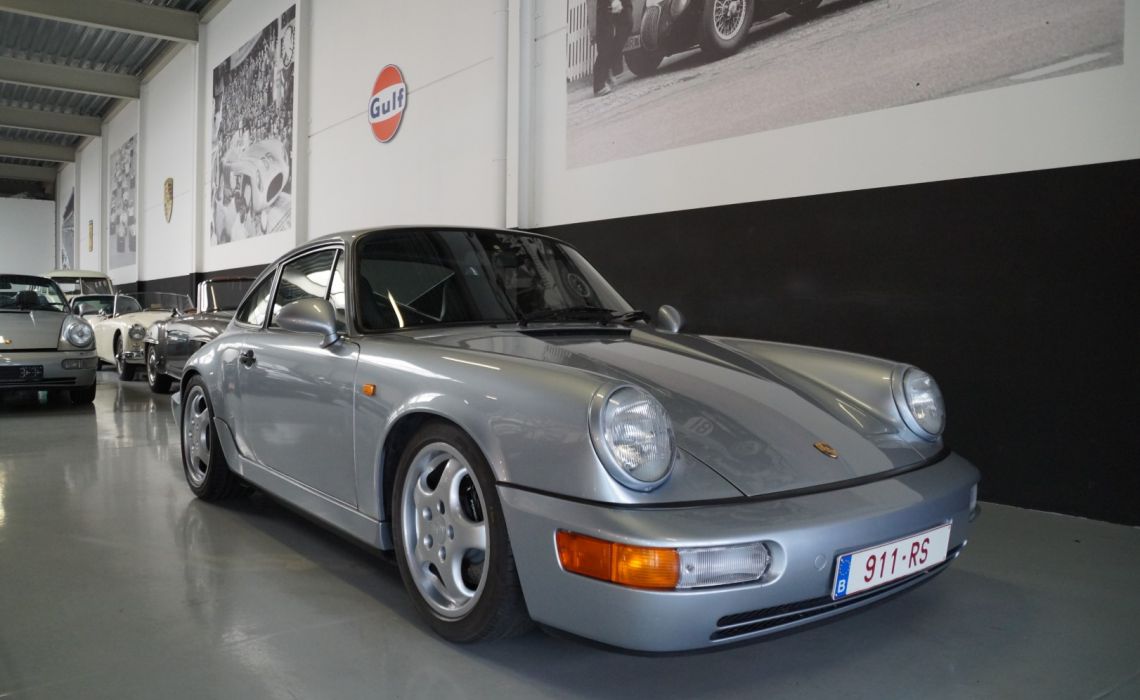 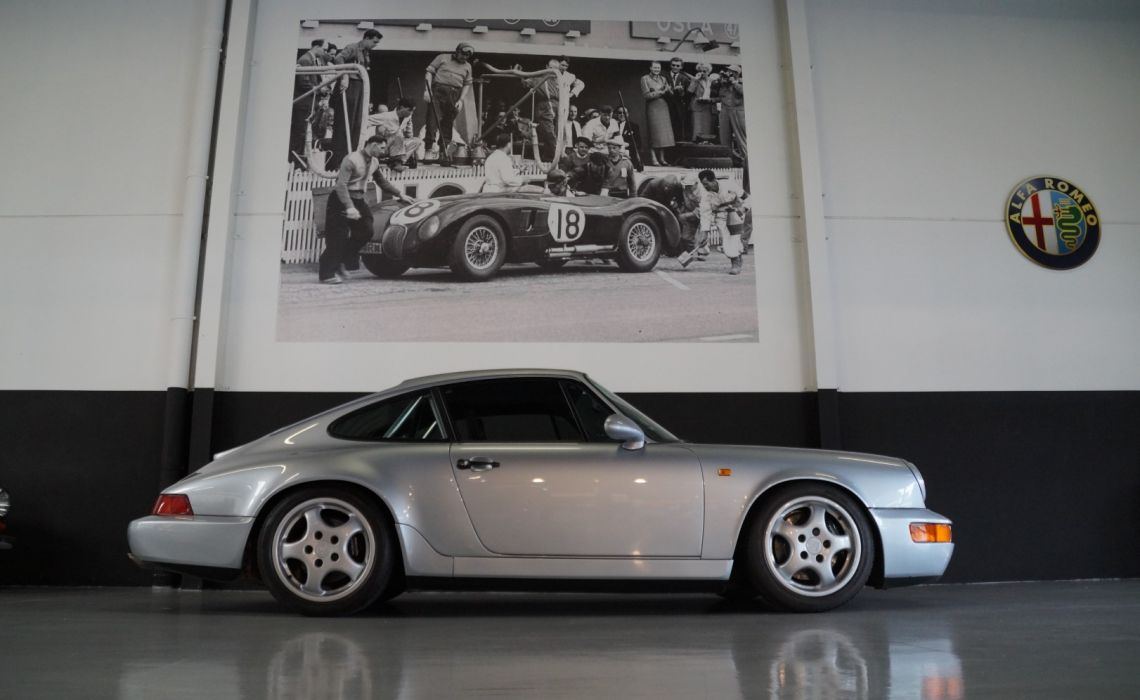 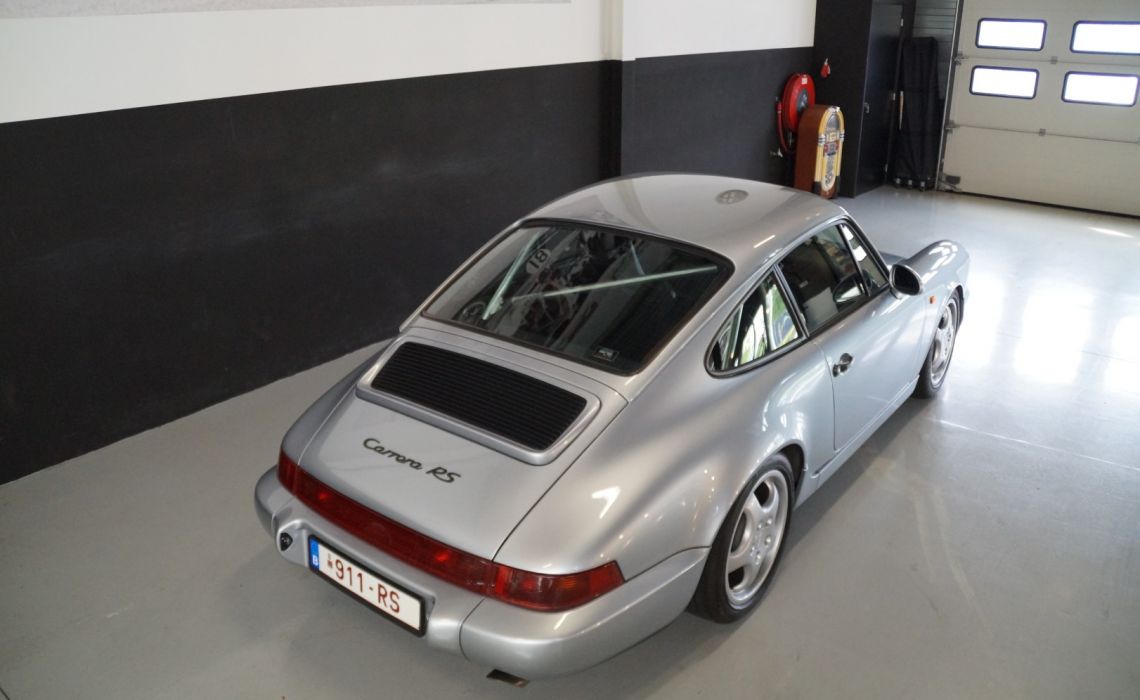 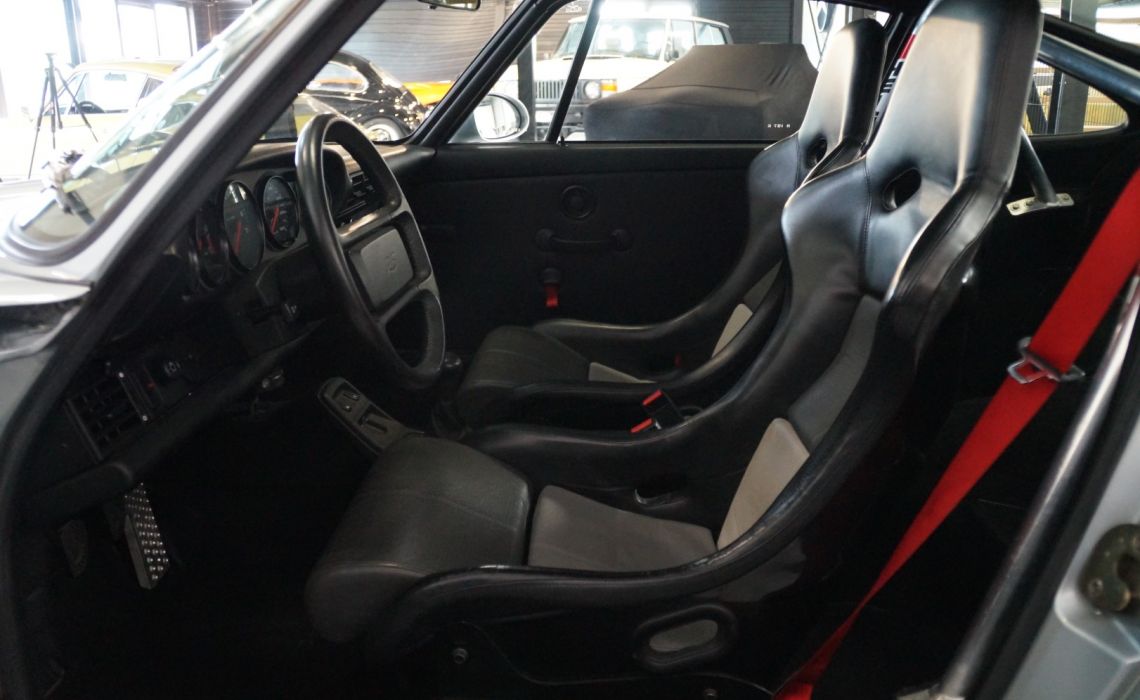 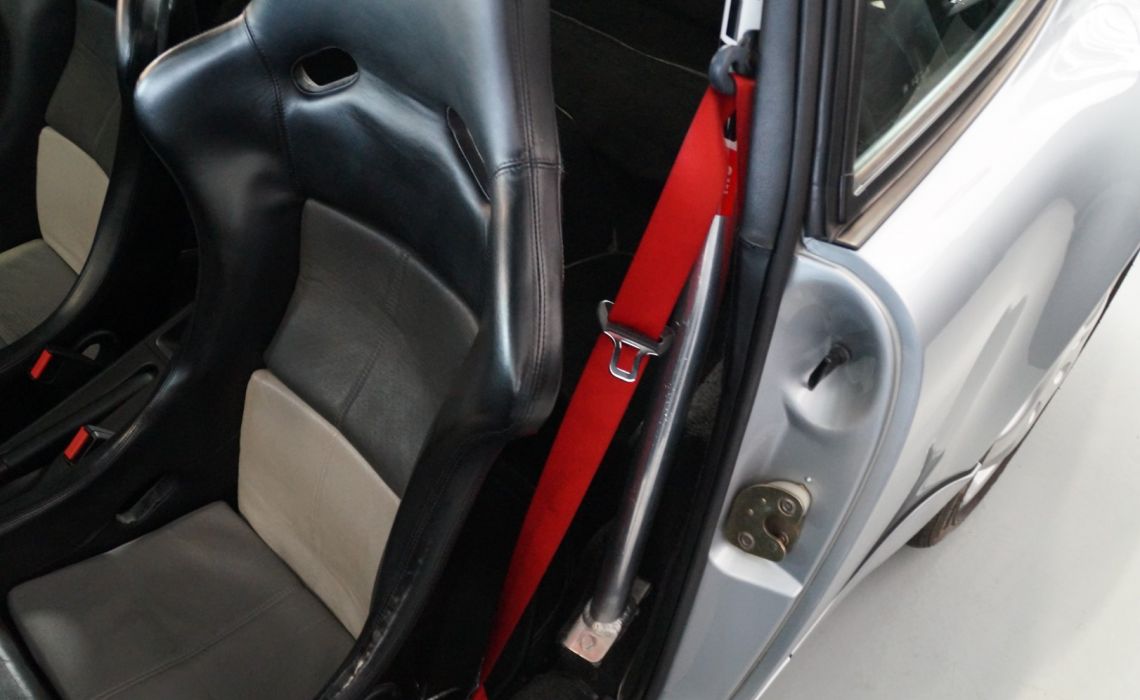 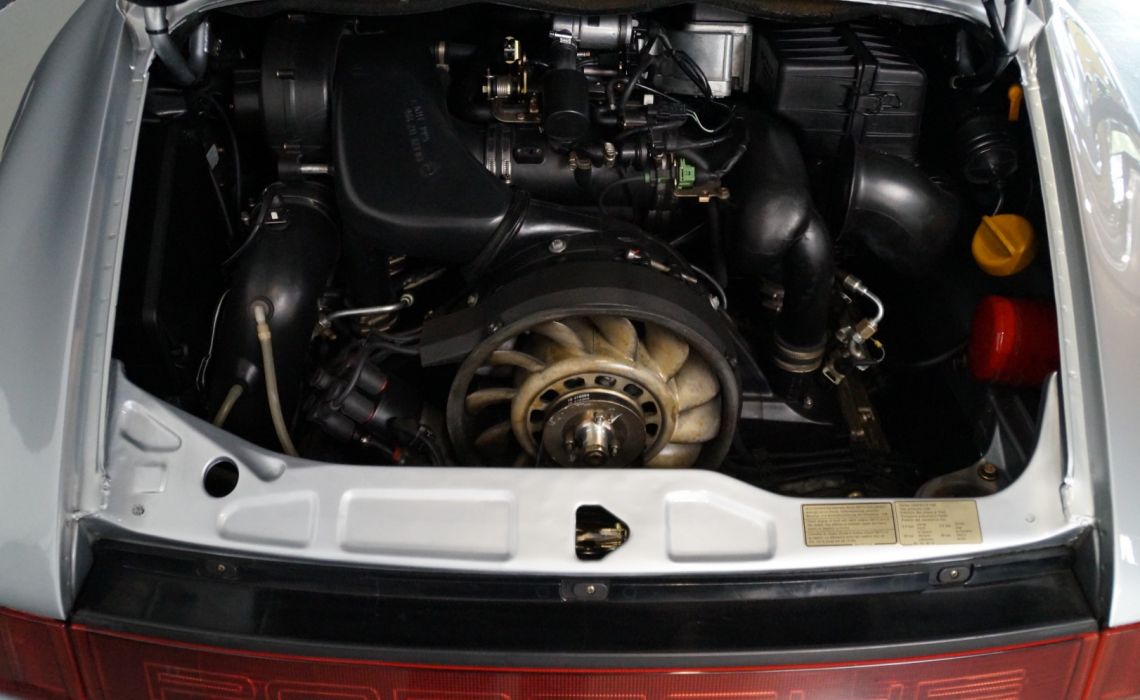 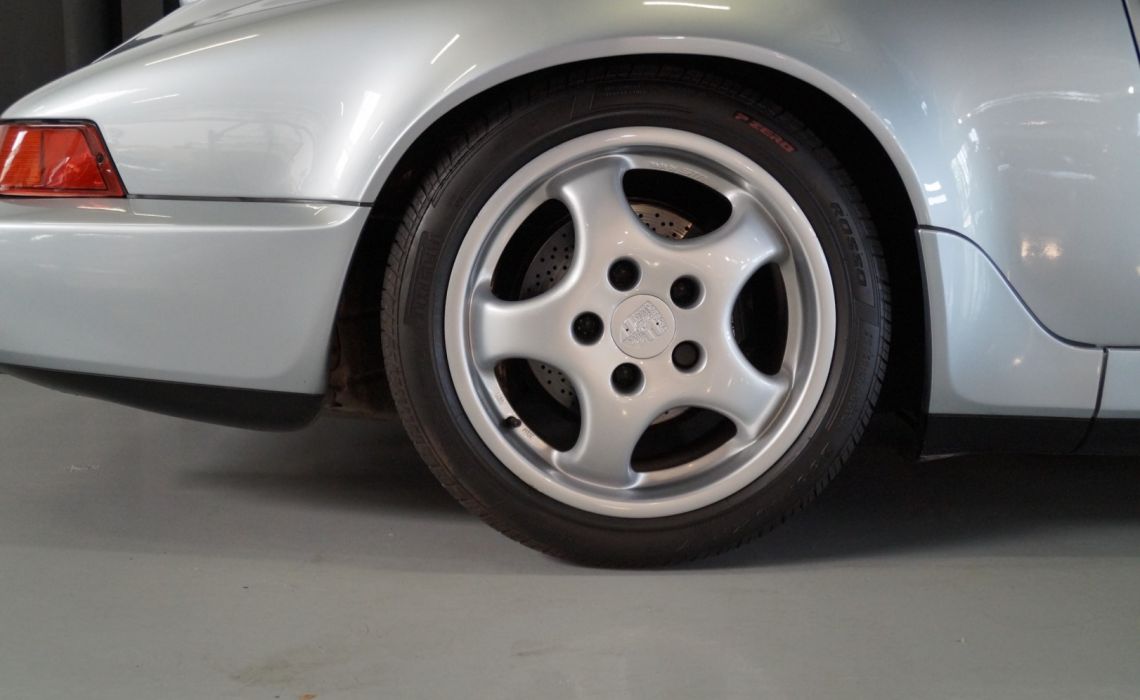 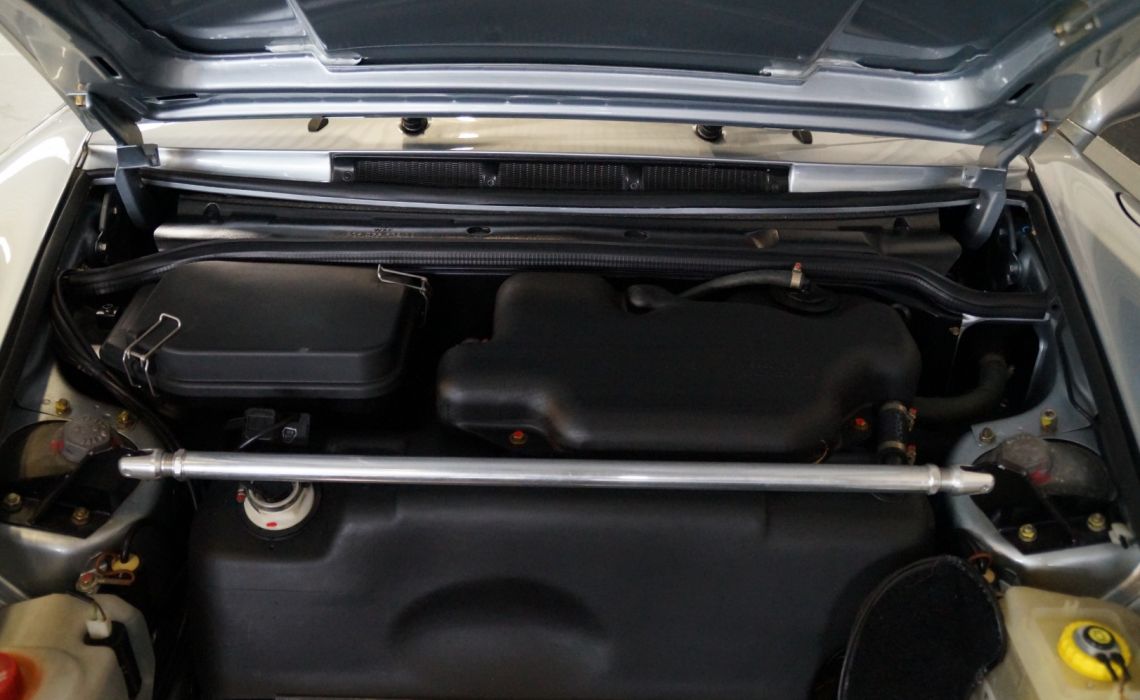 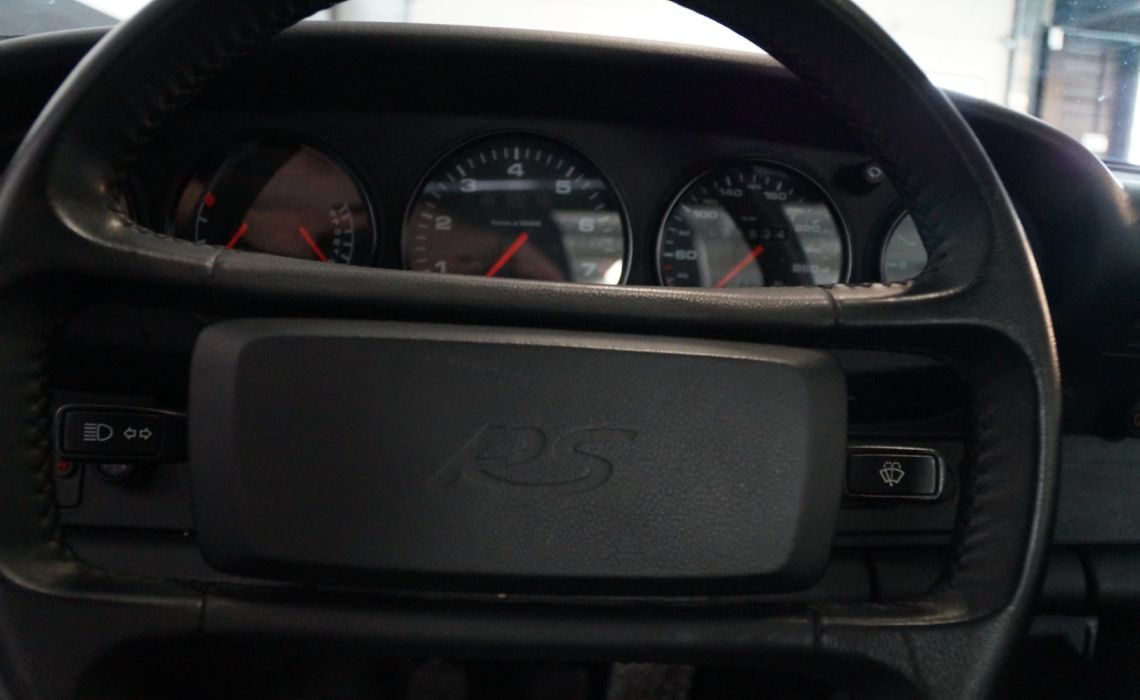 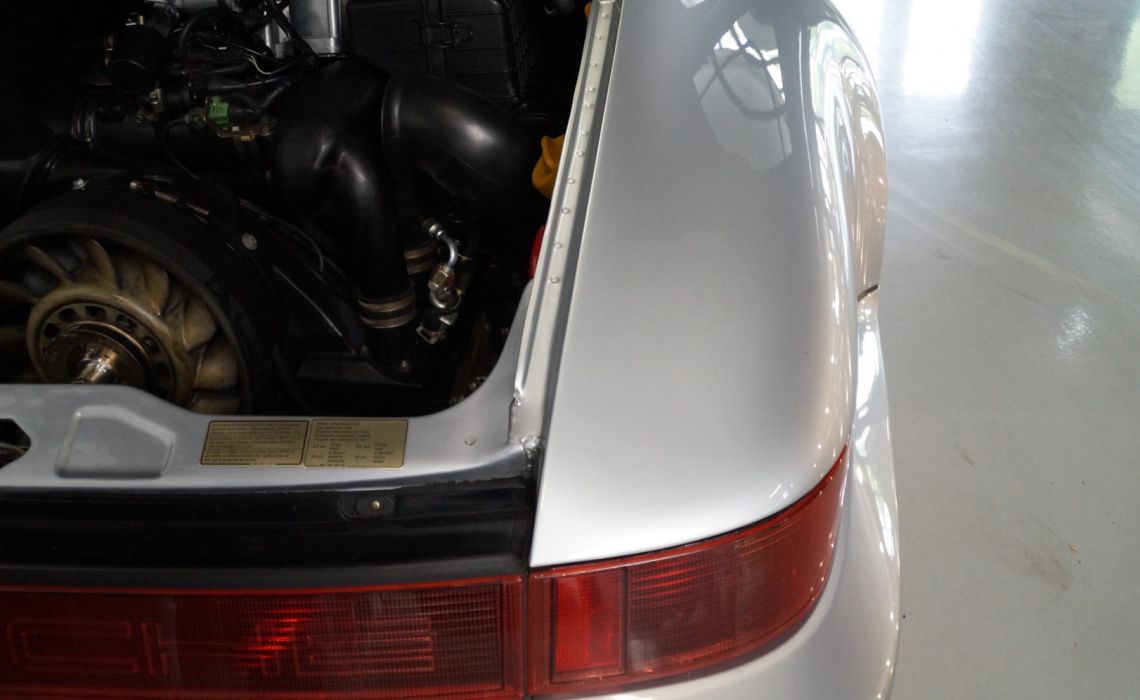 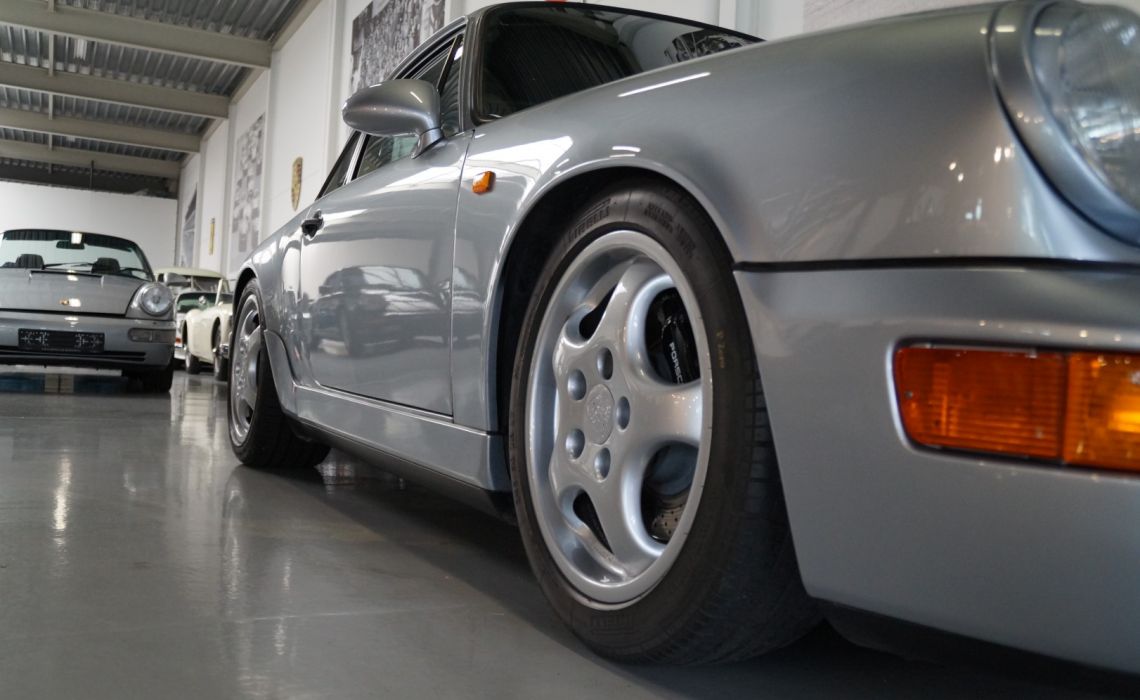 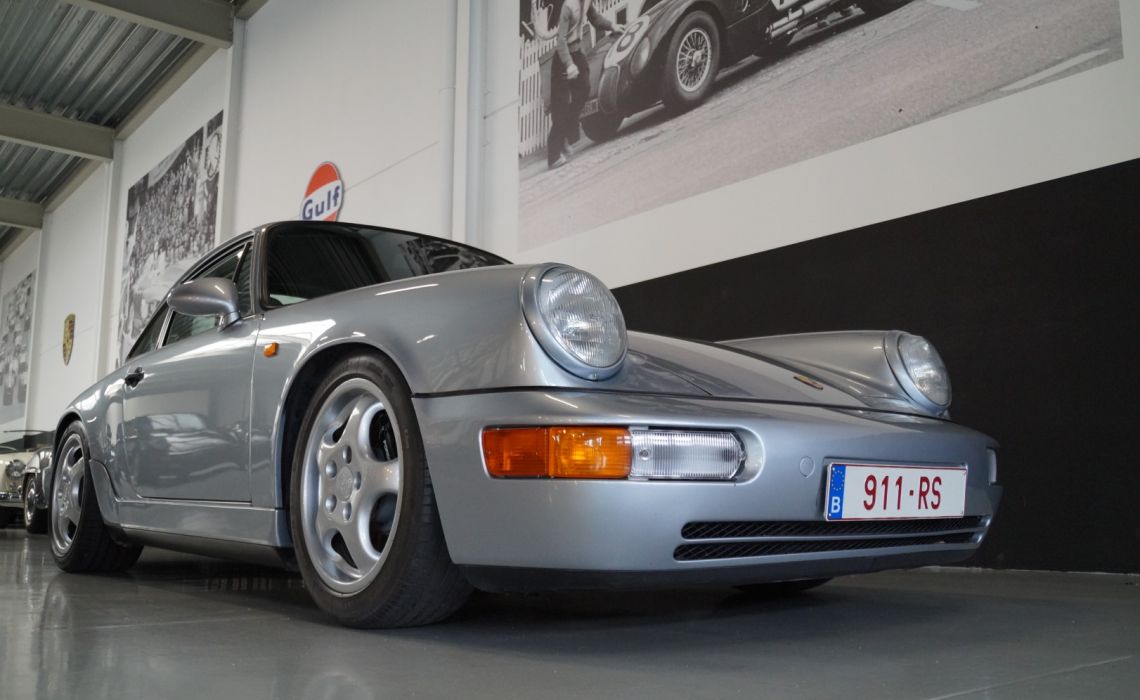 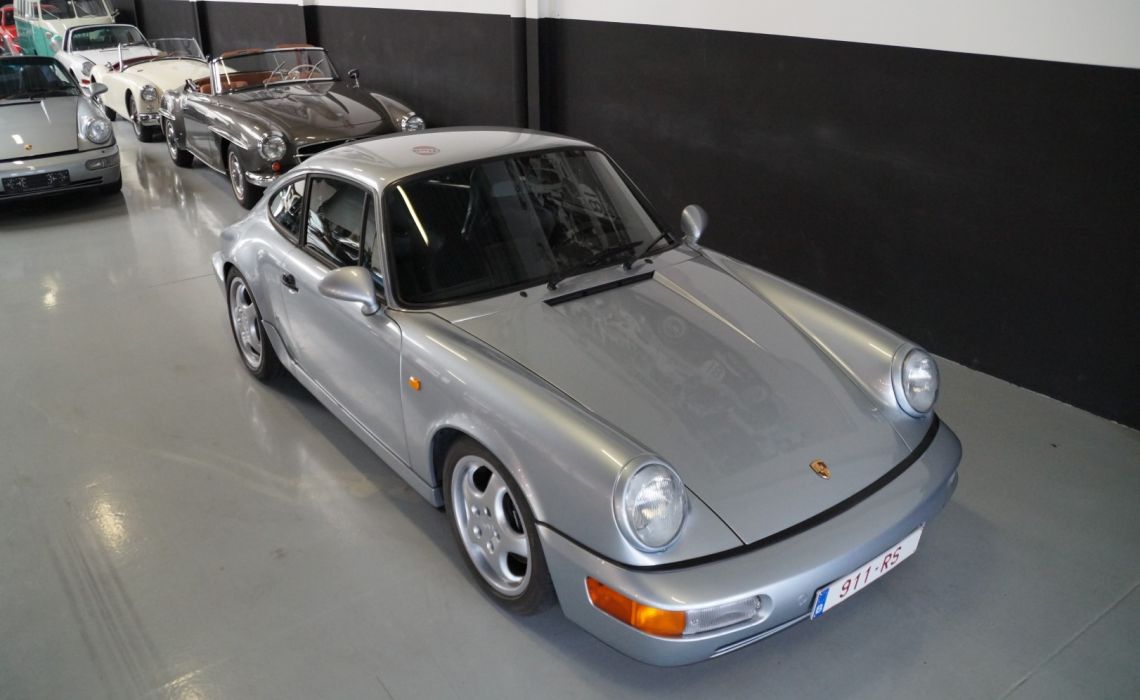 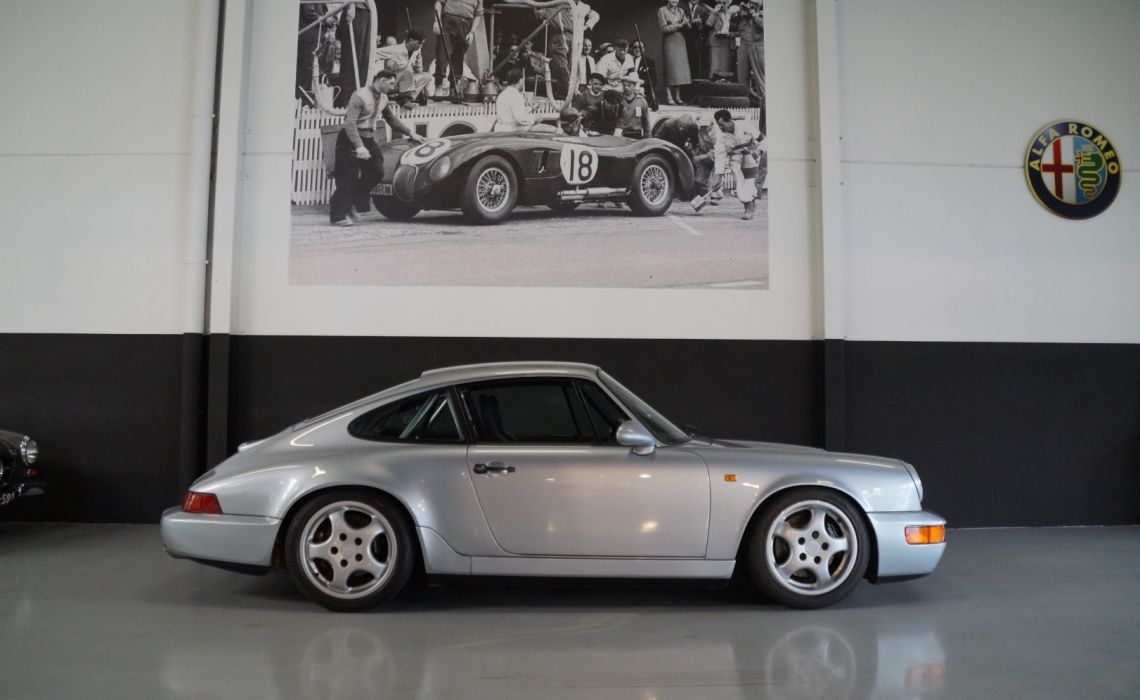 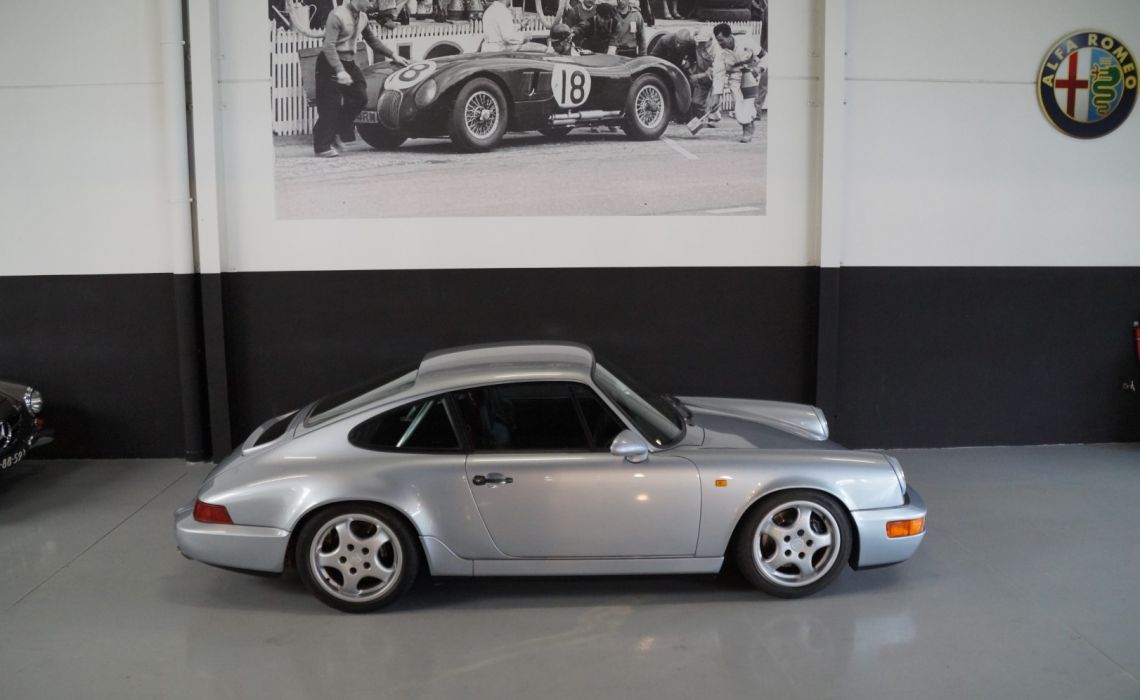 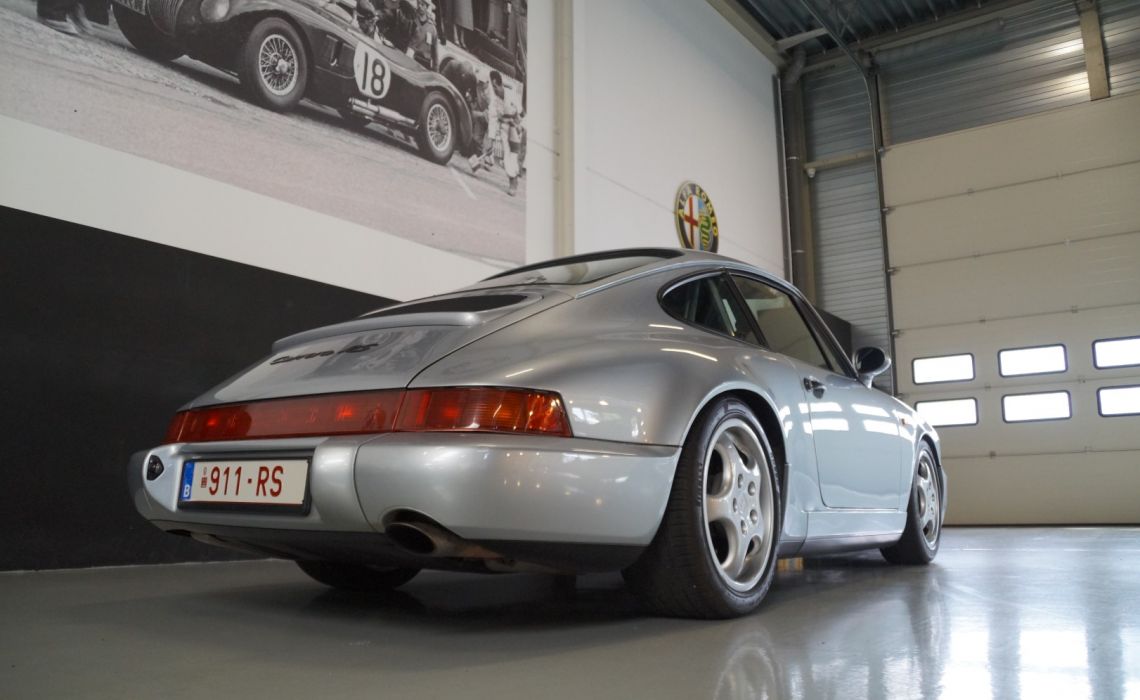 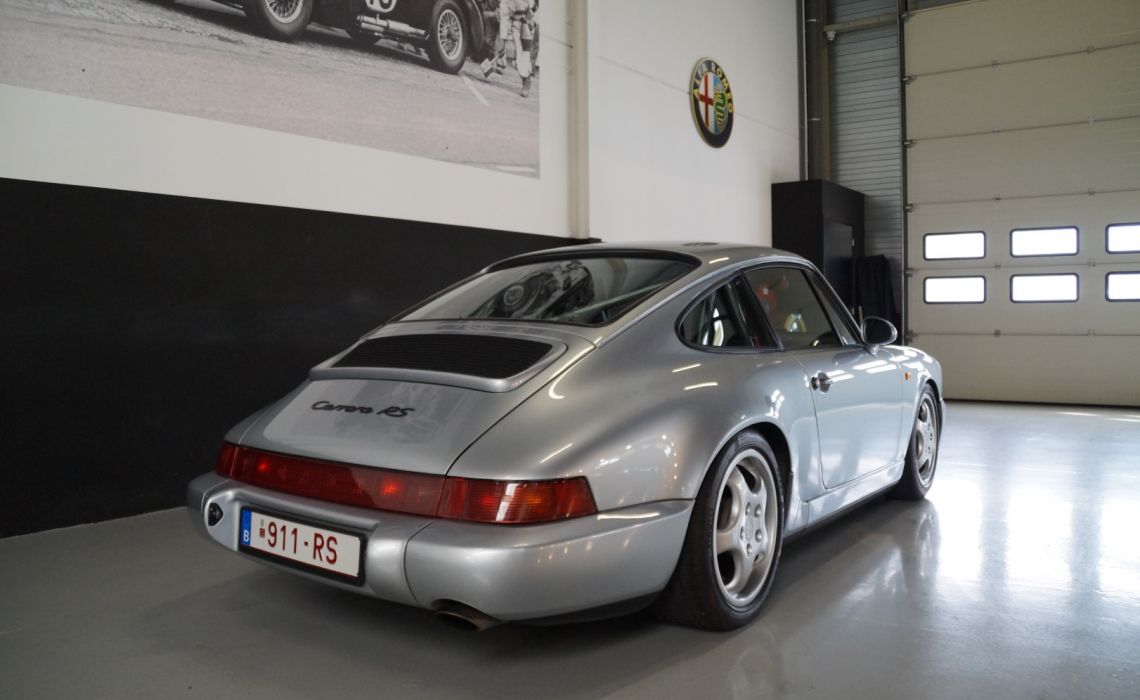 Legendary Classics is excited to reveal the arrival of this magnificent 1992 Porsche 964 RS Lightweight. The car is an original Belgian delivery (C22) and has been more than meticulously maintained by its former owners. Naturally this is a matching numbers car and currently has a Belgian registration.
In 1992, Porsche produced a super-lightweight, rear-wheel-drive only version of the 964 dubbed Carrera RS for the European market. It was based on Porsche's 911 "Carrera Cup" race car and harked back to the 2.7 and 3.0 RS and RSR models. It featured a revised version of the standard engine, titled M64/03 internally, with an increased power output of 260 bhp (194 kW; 264 PS) and lightweight flywheel coupled to the G50/10 transmission with closer ratios, asymmetrical Limited Slip Differential and steel synchromesh. A track-oriented suspension system with 40 mm (1.6 in) lower ride height, stiffer springs, shocks and adjustable stabilizer bars without power steering (RHD UK cars did have power steering).
A stripped-out interior devoid of power windows or seats, rear seats, air conditioning, cruise control, sound deadening or a stereo system (optionally fitted) and new racing-bucket front seats were part of the package. The trunk hood was made of aluminum and the chassis was seam welded. Wheels were made of magnesium and the glass was thinner in the doors and rear window. The Carrera RS is approximately 345 pounds (155 kg) lighter than the US version Carrera 2 model. Also available were a heavier Touring variant (with sound deadening, power seats (optional), undercarriage protection and power windows) and an N/GT racing variant with a stripped, blank metal interior and a roll cage. They also came with optional lights on the visors.
A later ultra-limited production version, the Carrera 3.8 RS featuring the Turbo body and a 300 PS (221 kW; 296 bhp) 3.8 liter version of the M64 motor was sold briefly in Europe. This engine was bored out by 2 mm for a total of 3,746 cc, and was also available in a more powerful competition version called the 3.8 RSR.
The Carrera RS was not sold in the United States because Porsche Cars North America felt the car's aggressive tuning was not suited to the American market. In 1992, 45 US-legal cars that were very similar to the Carrera RS were imported to the US for a proposed "Porsche Carrera Cup" racing series. This Carrera Cup series was to function as a support race for the American CART racing series just as European Carrera Cup has supported Formula One.
These 45 cars were identical to a Carrera RS other than having airbags (with required electric windows), alarm system, American lighting, American bumpers, aluminum wheels, and standard seats. The cars otherwise had the lightweight seam welded chassis, lightweight interior trim, aluminum hood, lightweight door glass, suspension, brakes, G50/10 transmission and M64/03 engine etc. of the Carrera RS. These cars were approximately 200 pounds (90 kg) lighter than a normal US Carrera 2 model.
The plan was for Andial, the then equivalent of what is now Porsche Motorsport US, to convert these cars to full racing specification, however, due to lack of sponsor support for the Carrera Cup series, it was cancelled before it began. The 45 cars imported to the US for this series were then sold, quietly without any advertising so as not to compete with the new RS America, through normal dealer channels. These cars were supplied with a dash plaque which indicated that they were the "Carrera Cup US Edition". 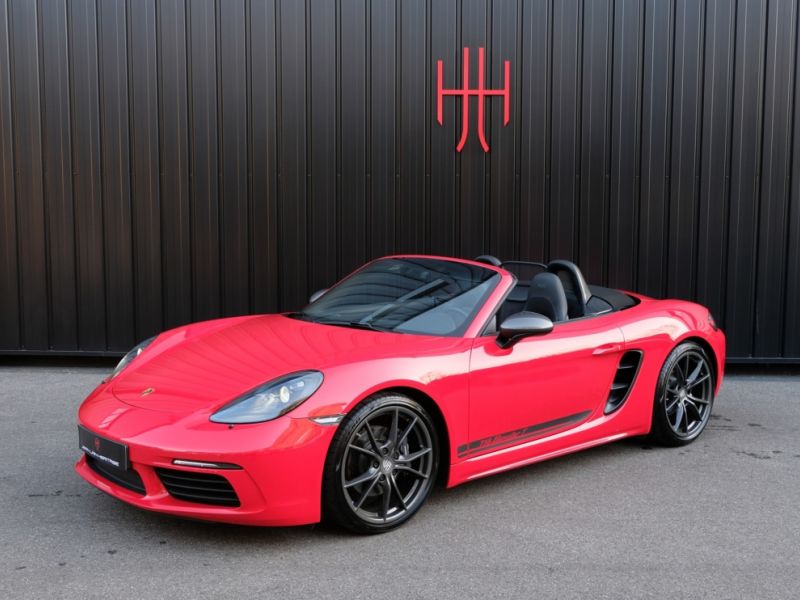 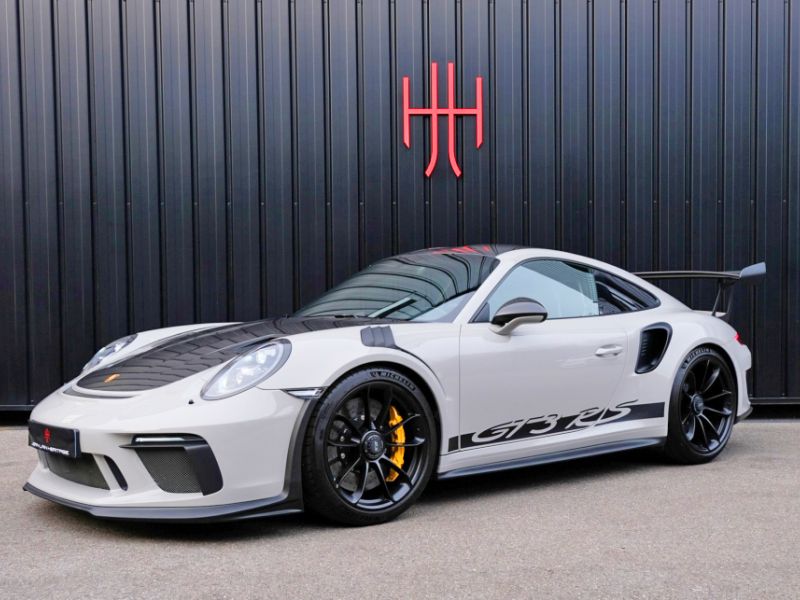 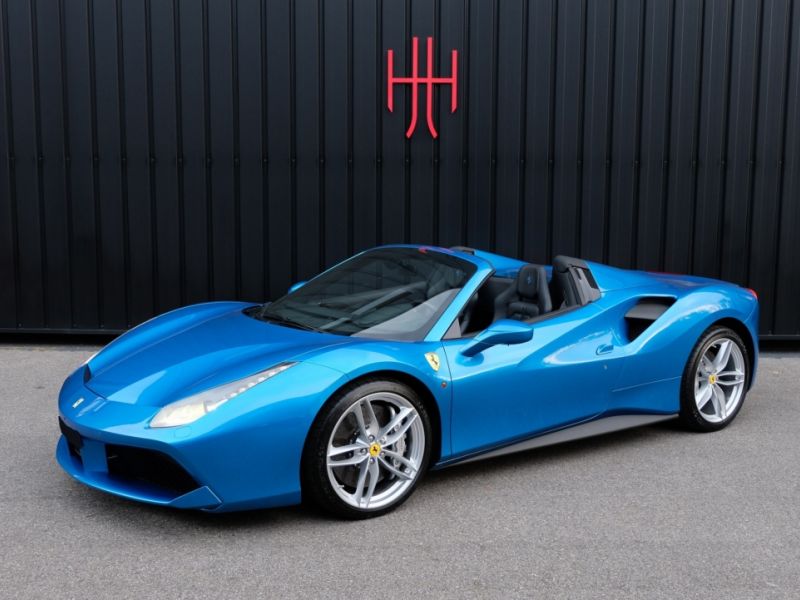